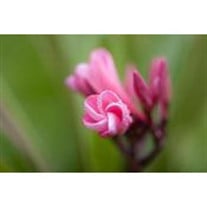 Virginia Houck Brown, 96, of Mullens went to be with her Lord on Thursday, February 28, 2013 at Bowers Hospice House following a short illness. Born September 15, 1916 at Bowers Ridge, now Twin Falls State Park, she was the daughter of the late Henry Martin and Minnie Ray Houck. Jennie was the last survivor of fourteen children. She had resided in Mullens for the past 54 years where she was a member of the Mullens United Methodist Church, the United Methodist Women, and had been a past Adult Sunday school teacher. She was a 29 year employee of the Wyoming County Board of Education, having taught at several schools within the county, and retiring from Mullens Elementary School. In addition to her parents, she was preceded in death by her husband, H. M. Brown, II; a son, H. M. Brown, III; and a grandson, Scott Brown. Those left to cherish her memory include her daughter, Dinah Saunders and her husband, Delbert, of Roanoke, Va.; her son, Malcolm Brown, of Mullens; a daughter-in-law, Beverly Brown, of Beckley; four grandchildren, Dylan Saunders and his wife, Kim, of Mullens, Pamela Hetland and her husband, Forest, of Athens, Ga., Shelley Brown Culicerto of Princeton and Debbie Brown of Beckley; and six great- grandchildren, Hannah and Casey Saunders of Mullens, and Allison, Ashley, Benjamin and Jenny Culicerto of Princeton. Jennie also had many relatives from the Mary Halsey Family, the Blanche Jenkins Family and all the Houck Family. Services will be 11:00 AM Monday, March 4, 2013 at the Mullens United Methodist Church with Rev. Earle Arthur officiating. Burial will follow in Sunset Memorial Park, Beckley. Friends may call from 6:00-8:00 PM Sunday at the church and one hour prior to services Monday at the church. Pallbearers will be Terry Houck, Gary Houck, Brad Houck, Mark Houck, Jeff Halsey, Kilroy Houck, and Casey Saunders. The care of the Virginia Houck Brown family is entrusted to the Tankersley Funeral Home, Mullens.

Virginia Houck Brown, 96, of Mullens went to be with her Lord on Thursday, February 28, 2013 at Bowers Hospice House following a short illness. Born September 15, 1916 at Bowers Ridge, now Twin Falls State Park, she was the daughter of the late... View Obituary & Service Information

The family of Virginia H. Brown created this Life Tributes page to make it easy to share your memories.

Virginia Houck Brown, 96, of Mullens went to be with her Lord...

Send flowers to the Brown family.