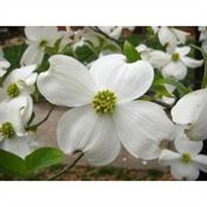 William Cleveland (Sarge) McGhee, 92, of Mullens, West Virginia, passed away on Monday, September 9, 2013, at Bowers Hospice House in Beckley. Born November 3, 1920, in Norfolk, Virginia, to Noah and Zora (Parker) McGhee, he lived most of his life in Mullens. Sarge was a talented and civic-minded person who enjoyed oil painting, woodcarving, drawing, writing stories, building ships-in-the-bottle, planning and participating in community events, and taking part in church activities. He was instrumental in the founding of the Mullens Community Theater Group. He designed the official stamp cancellations for the US Postal Station at the annual Mullens Dogwood Festival. He was the recipient of an award for volunteer service to the community presented in 2008 by Joe Manchin, then Governor of West Virginia. Sarge is probably remembered most for his nearly 35 years as a leader in the Boy Scouts and for the numerous outdoor and indoor murals he designed and painted in downtown Mullens. Sarge was a veteran of World War II where he served in the United States Marine Corps in Iceland and in the South Pacific, including Guadalcanal. During the Korean War he returned to service as a drill instructor at Camp Lejeune, North Carolina. After World War II, Sarge came back to Mullens where he married his sweetheart, Marjorie, and got a job on the Virginian Railroad. Sarge was preceded in death by his parents; a brother, Noah (Fibber) McGhee, Jr., of Mullens; and a sister,Virginia Webb, of Roanoke, Virginia. He is survived by his wife of 68 years, Marjorie (Akers) McGhee; five children: Patrick of Mullens; Kathy and her husband, Larry Lyon, of Attica, Indiana; Tim and his wife, Cindy, of Charleston, West Virginia; Susan of Bloomington, Indiana, and Anne of Wilmington, Delaware. He is also survived by six grandchildren; one great-grandchild; a sister, Frances Bright, of Mullens; a brother, Dewey, of Cornelius, North Carolina; and a number of nieces and nephews. Sarge was a donor to the Human Gift Registry at West Virginia University. A memorial service will celebrate Sarge's life on Sunday, September 15, 2013, at 3 p.m. at the Highland Avenue Baptist Church in Mullens. In lieu of flowers, the family requests that memorial donations be made in Sarge's name to the Highland Avenue Baptist Church, 319 Highland Avenue, Mullens, West Virginia 25882. Information submitted by Tankersley Funeral Home, Mullens.

William Cleveland (Sarge) McGhee, 92, of Mullens, West Virginia, passed away on Monday, September 9, 2013, at Bowers Hospice House in Beckley. Born November 3, 1920, in Norfolk, Virginia, to Noah and Zora (Parker) McGhee, he lived most of his... View Obituary & Service Information

The family of Sarge McGhee created this Life Tributes page to make it easy to share your memories.

Send flowers to the McGhee family.