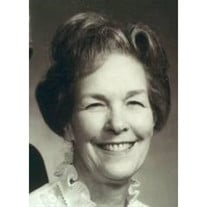 Ruth M. Fordham, age 89, died Thursday, February 3, 2011, at Twin Towers Retirement Community, Cincinnati, OH, after a short illness. She was the wife of Dr. George F. Fordham who practiced medicine in Raleigh and Wyoming counties in West Virginia for over 65 years. Born September 24, 1921, at Tallahassee, FL, she was the daughter of the late Thomas J. Hawes and Mae Stoutamire Hawes. She attended Florida State College for Women (now Florida State University) and graduated from the School of Nursing, Duke University, Durham, NC, in 1945. Shortly after coming to Mullens, West Virginia, Mrs. Fordham organized a Future Nurses Club at Mullens High School to inspire students to enter the nursing field. This was done with the full backing of Robert Kuhn, Principal. Simple bedside nursing was taught and students were taken to tour hospitals as far away as Huntington. To raise funds to enable more members to afford the three year nursing schools, a Holiday style Show was produced by the Wyoming County Medical Auxiliary and directed by Mrs. Fordham. From this, enough money was raised for two scholarship-loans. After graduation the money was repaid, and more students were accepted into the nursing programs. A total of six Wyoming Co. students graduated from this effort and became Registered Nurses. She was a member of the American Red Cross, a charter member and past-president of both the Wyoming County Medical Auxiliary and The Twin Falls Ladies Golf Association. Mrs. Fordham has been an active Life Member of the W.V. Garden Club since 1953, serving as an officer and committee chairman on both the State and District levels. She was past-president of both the Laurel and Woodland Garden Clubs of Mullens and was secretary for four years of the Kanawha Judges Council, Charleston. She was the first nationally accredited flower show judge in Wyoming County and held a master certificate. For many years, she judged standard flower shows throughout WV and VA. At the time of her death, she was an associate member of the Woodland Oaks Garden Club, Oak Hill. In 1997 she was honored as Woman Citizen of the Year by the Mullens Area Chamber of Commerce. Following the devastating flood of July 8, 2001, as president of the Woodland Garden Club, she led the group in raising over $2,500 to re-landscape the grounds of Mullens City Hall. She felt this and raising her family were her two greatest accomplishments. As a member of St. John the Evangelist Catholic Church, she served as a lector and Eucharistic minister. For 22 years she was a leader and teacher of an interdenominational prayer group at St. John's. Preceding her in death was daughter Cathy F. Aubert, Marietta, GA, and brother T. J. Hawes, Jr., Gainesville, FL. Survivors include her husband of 65 years Dr. G. F. Fordham, a son George F. Fordham, Jr., Bridgeport, WV, daughter Ellen F. Kuebler and husband William, Cincinnati, OH, two granddaughters Amy K. Stahley and husband Mark, Kateri K. Knosp and husband Scott, 4 great-grandchildren Dominic and Aidan Stahley, Kira and Emma Knosp, all of Cincinnati, OH, two sisters Julie H. Matthews and husband Dennis, Jacksonville, FL, Ola H. Joyce and husband James, Tallahassee, FL, sister-in-law Pansy Hawes, Gainesville, FL, and son-in-law Charles Aubert, Marietta, GA. Mass of Resurrection will be celebrated Saturday, February 12, 2011, at 10 a.m. at St. John the Evangelist Catholic Church with Rev. Jack Reich officiating. Burial will follow at Sunset Memorial Park, Beckley. Friends may call at the church Friday, February 11, 6-8 p.m. with recitation of the holy rosary to follow. Donations of sympathy may be made to the Mullens Area Public Library, the American Cancer Society or a charity of choice.

The family of Ruth M. Fordham created this Life Tributes page to make it easy to share your memories.

Send flowers to the Fordham family.