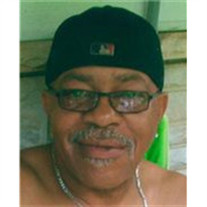 Robert Lee "Buck" Fralin, Jr., 55, of Mullens, on November 27, 2009, at 8:23PM, a precious soul crossed over from this life to the next by succumbing to a long history of heart disease. Robert Lee Fralin, Jr. was born on June 30, 1954 to the late Robert Lee (Bob-O) Fralin, Sr. and Virginia Mae (Macy) Banks Fralin. Also preceding him in death were his paternal grandparents, William C. and Maryland Fralin and his maternal grandparents, Roy and Virginia Izetta Banks; three sisters, Sheryl Kaye and Barbara Faye Fralin and Lorenza Green; a sister-in-law, April Irene Fralin; one brother, Hobert Garland "Footprint" Fralin; and a niece, Ashley Izetta Fralin. Buck was of the Baptist faith. He was a coal truck driver in Wyoming County for several years. He was active in his son's baseball, football, and basketball leagues. Buck participated in cleaning up behind the tragedy of Hurricane Katrina in New Orleans. Buck was a dedicated hard worker and a friend to anyone he met. More importantly, he was a loving husband, father, and grandfather. He will be sadly missed by his loving wife of 33 years, Elizabeth Maynard Fralin, truly his better half; also mourning the loss of a wonderful man are his children, Stephanie and her husband, Carlos Dillard of Beckley, Jenny Fralin and her companion, Ernest Warner, Jr., of Mullens, Allison Fralin and her companion, Ward Shrewsbury, of Mullens, and his only son, Robert Lee Fralin, III (Trey) of Mullens. Buck had seven grandchildren that he loved more than life itself, Jay Payne of Beckley, Caleb and Justice Dillard, both of Beckley, Hannah, Elijah, and Noah Warner of Mullens, and Little Kiley Shrewsbury of Mullens. Other survivors include a sister, Dallas and her husband, Dwight Palmer, of Princeton; brothers, Kelvin (Chuck) Fralin of Mullens, James and Katrina Fralin of Beckley, Jerry and Amanda Fralin of Beckley, and Connell Clark of Michigan along with several aunts, uncles, nieces, nephews, and cousins. He will be missed by close friends, Joe Thomas, Mickey Lusk, Brian Raye, Willie Lee, William "Tuffy" Fralin, Jess Lowery, Billy Brown, Marc Schofield, Eugene "Jumbo" Cornette, and too many more to mention. Services will be 1:00PM Wednesday, December 2, 2009 at the Tankersley Funeral Home Chapel with Rev. Dwight Palmer, Sr. officiating. Burial will follow in Greenwood Memorial Park, Beckley. Friends may call Tuesday from 6:00-8:00PM at the funeral home. Close friends and family will serve as pallbearers.

The family of Robert Lee Fralin created this Life Tributes page to make it easy to share your memories.

Send flowers to the Fralin family.