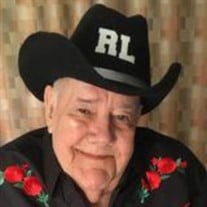 Ray Lee Lester, 83, of Mullens, passed away on Friday, February 12, 2021 at Harper Mills, Beckley. Born March 15, 1937 at Bud Mountain, he was the son of the late Dona and Eliza Jane (Belcher) Lester. Ray was a former coal miner and a member of UMWA. He had been a resident of Harper Mills for almost 12 years and had many friends that he made over the years that he loved dearly. He was very active in activities at the nursing home and was the recipient of the Harper Mills King award. Ray was a loving father, grandfather, and great grandfather and loved his family dearly. In his leisure he enjoyed playing his guitar, watching the Walking Dead, and feeding the birds. He gave his life to the Lord many years ago at Herndon Freewill Baptist Church and had been a member of the Good Shepherd/ Solid Rock Worship Center since 1995. In addition to his parents, he is also preceded in death by three sisters and three brother-in-laws, Marie Lester Colbird and her husband, Billy , Lorraine Dugger and her husband, Clyde Dugger, and Sylvia Mae Lester Cook and her husband, Kyle; and two brothers, Nathan and James Lester. Those left to cherish his memory include his wife, Anna Mae Lester; three daughters, Tammy Mitchell and her husband, Mickey, Cheryl Hylton and her husband, Stacy, and Tina Shrewsbury and her husband, Cecil; two sons, Jay Lester and his wife, Shawn and Dennis Lester and his wife, Janet; two grandchildren, Jessica Griffith and Jason Lane; numerous other grandchildren, great grandchildren, and great great grandchildren; one sister, Rita Ladden and her husband, Steve; two brothers, Patton Lester and his wife, JoAnn and Paul Lester and his wife, Alice; he had wonderful nieces and nephews from the Hanover area that visited him several times a year and would have a picnic outside the nursing home at the Gazebo; and his best friend in the nursing home, Henry Moorer of Allen Junction. In keeping with his wishes, cremation will follow, and a memorial service will be held at a later date. Online condolences may be expressed to the family at www.tankersleyfh.com The family of Ray Lester is being cared for by Tankersley Funeral Home, Mullens.

Ray Lee Lester, 83, of Mullens, passed away on Friday, February 12, 2021 at Harper Mills, Beckley. Born March 15, 1937 at Bud Mountain, he was the son of the late Dona and Eliza Jane (Belcher) Lester. Ray was a former coal miner and a member... View Obituary & Service Information

The family of Ray Lee Lester created this Life Tributes page to make it easy to share your memories.

Ray Lee Lester, 83, of Mullens, passed away on Friday, February...

Send flowers to the Lester family.