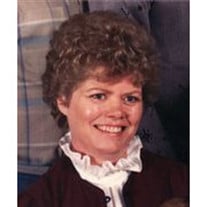 Rachel Deloris (Ray) Conti (nee Ray), daughter of Bruce Ray and Sylvia Halsey Ray Snuffer (both deceased), widow of Capt Frank J. Conti, USMC-Retired, died at her home in Barretville, TN on July 22, 2010. She was 70. The daughter of a coal miner and step-daughter to a Church of God pastor (William S. Snuffer), Mrs. Conti was raised in Wyoming County, W.Va. After marriage, she traveled the world as a Marine Corps wife, and duty stations included Camp LeJune, NC, Willow Grove, PA, Okinawa, Japan, and her favorite place, Beaufort, SC. She raised three children while supporting her husband's two tours of Vietnam and other extended absences required by the military. The family retired at the last duty station of NAS Millington (Memphis, TN) in 1979. She was a past President of the Officer's Wives Club at MCAS, Futenma, Okinawa, a supporter of the Equal Rights Amendment, an active member of the Shelby County, TN Republican Party and the Christian Coalition. Mrs. Conti was a vocal advocate for children's rights, and also supported the American Legion and VWF, as well as numerous other charities. In her fifties she returned to school and earned her GED. She enjoyed reading, genealogy and listening to Pastor John Hagee. She was "Aunt Rachel" to many, as well as an honorary "Grandmother" to many. Mrs. Conti is survived by her children, Donna Conti of Washington, DC, Frank (Rusty) Conti of Atoka, TN and Lisa Wilson of Millington, TN; her grandchildren, Philip Wesley Smith of Bartlett and Sarah Ann Wilson of Millington; and one great-grandson, Landon Bumpus Smith of Bartlett. Also surviving are sisters, Rita Pauley of Mullens, W.Va., Shirley Raye of Otsego, W.Va.; brother Darry Snuffer of Bolt, W.Va.; step-sisters Arbutus Lafferty, Shirley Day and Naomi Bailey; and step-brothers, Larry, Darrell and Harold Snuffer. She has one surviving aunt, Rosella Milam, of Arlington, VA. Predeceasing Mrs. Conti were stepbrothers, Jerry and Curtis Snuffer. Her fiery personality will be greatly missed by her best friend, Terri Miller, and family, her sisters-in-law, Cassie Conti, Teresa Snuffer and Christine Snuffer, brother-in-Law, Darrell Pauley, daughter-in-Law, Tina Conti, sons-in-law, Tom Smith and Juan Roque, as well as many cousins, nieces and nephews and the many friends she had made in her lifetime. Services will be 1:00 p.m. Wednesday, July 28, 2010, at the Lester Church of God, Lester with Rev. Ernie Francis officiating. Burial will follow in the Snuffer Cemetery, Bolt. Friends may call 6:00 to 8:00 p.m. Tuesday at the Tankersley Funeral Home, Mullens. Pallbearers will be Larry, Darrell, Harold and Darry Snuffer, Darrell Pauley and Randy Lafferty.

The family of Rachel D. Conti created this Life Tributes page to make it easy to share your memories.

Send flowers to the Conti family.