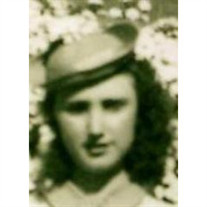 Odessie Elaine Santon, 90, of New Richmond, formerly of Princeton, passed away on Wednesday, August 15, 2012 at Bowers Hospice House, Beckley following a short illness. Born January 14, 1922 at Hiawatha, she was the daughter of the late Lula Cook Croy and step-daughter of the late Charles Croy. Mrs. Santon was a homemaker, was of the Pentecostal Holiness Faith, and had been a resident of Wyoming Nursing and Rehab Center for the past several years. In her leisure she enjoyed gardening, cooking, walking, cleaning, especially enjoyed spending time with her family, and had a special love for children. In addition to her parents, she was also preceded in death by her husband, Sammy Santon; one son, Tommy Santon; and two brothers, Junior Croy and Tracy William Croy. Those left to cherish her memory include four daughters, Mary Stowers of Beckley, Cynthia Shrewsbury of Herndon, Patricia Dunn of Princeton, and JoAnn Presley and her husband, Allen, of Bluefield, VA; four sons, Johnny and Anthony Santon of Mullens, David Santon and his wife, Betty, of Itmann, and Joseph Santon of Princeton; three sisters, Maggie Hall of Roanoke, VA, Louise Heary of Salem, VA, and Rebecca Wright of Moneta, VA; ten grandchildren, seven great- grandchildren; and one great-great-grandson. Graveside services and burial will be 1:00 P.M. Saturday, August 18, 2012 at Blue Ridge Memorial Gardens, Beckley with Rev. Lewis Arnold officiating. Those wishing to attend the graveside service are asked to meet at the cemetery by 1:00 P.M. Family and friends will serve as pallbearers. The family would like to thank the Wyoming Nursing and Rehab Center, New Richmond for the care they gave our Mother during the past several years. Arrangements have been entrusted to the Tankersley Funeral Home, Mullens.

Odessie Elaine Santon, 90, of New Richmond, formerly of Princeton, passed away on Wednesday, August 15, 2012 at Bowers Hospice House, Beckley following a short illness. Born January 14, 1922 at Hiawatha, she was the daughter of the late Lula... View Obituary & Service Information

The family of Odessie E. Santon created this Life Tributes page to make it easy to share your memories.

Send flowers to the Santon family.