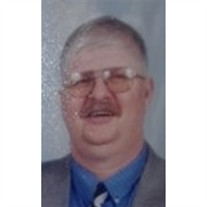 Marvin Craft Thorn, 69, of New Richmond, was called home on Sunday, September 29, 2019 to be reunited with his parents Carl and Rebecca Thorn at Wyoming Nursing and Rehabilitation Center, New Richmond. Born September 7, 1950, at Tralee, he was the son of the late Carl and Rebecca (Blankenship) Thorn. Marvin was a former custodian for the Wyoming County Board of Education with 30 plus years of service retiring from Mullens Elementary School. He was a member of the First Church of God, Corinne. In his leisure he enjoyed hunting, fishing, being with his church family, and loved being around children. In addition to his parents, he is also preceded in death by his sister, Ruby Thorn; and one brother, David Thorn. Those left to cherish his memory include his sister, Diane Vance of Beckley; four brothers, Bobby Thorn and his wife, Kim of North Carolina, Doug Thorn of McGraws, Buddy Thorn and his wife, Barb of Moorefield, and Kenny Thorn and his wife, Brenda of New Richmond; and numerous nieces and nephews. Services will be 12 Noon, Wednesday, October 2, 2019 at Tankersley Funeral Home Chapel, Mullens with Rev. Evelyn Williamson and Rev. Dalley Maynard officiating. Burial will follow in Roselawn Memorial Gardens, Princeton. Friends may call one hour prior to services Wednesday at the funeral home. Family and friends will serve as pallbearers. The Thorn family would like to express their sincere appreciation to the Wyoming Nursing and Rehabilitation Center. Online condolences may be expressed to the family at www.tankersleyfh.com The family of Marvin Thorn is being cared for by Tankersley Funeral Home, Mullens.

Marvin Craft Thorn, 69, of New Richmond, was called home on Sunday, September 29, 2019 to be reunited with his parents Carl and Rebecca Thorn at Wyoming Nursing and Rehabilitation Center, New Richmond. Born September 7, 1950, at Tralee, he... View Obituary & Service Information

The family of Marvin Craft Thorn created this Life Tributes page to make it easy to share your memories.

Send flowers to the Thorn family.