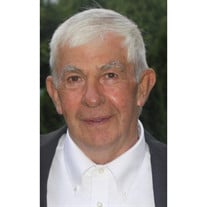 Lenford Earl Burrell, 75, of Bud passed away Sunday, October 7, 2018, at Princeton Community Hospital from respiratory failure. He was born in Micajah, West Virginia on February 23, 1943, the son of the late Paul and Helen Burrell. The first in his family to graduate from high school, Lenford emphasized the importance of education to his children.  He was a hard worker who possessed many skills and operated multiple successful businesses throughout his lifetime.  He loved time spent at the station and store and missed it often during his retirement. A car enthusiast and avid outdoorsman, Lenford had a strong sense of values for work and his family. His greatest joy was being surrounded by family and friends, especially enjoying time with his grandchildren.  He always offered kind words to others, never knowing a stranger.  He will be remembered for his kindness, laughter, and easygoing attitude that welcomed others. Lenford was dedicated to God.  He was saved and later baptized on March 25, 2012 at Bud Baptist Church by pastor, Tom Lusk. Lenford is survived by his wife of 40 years, Bobbie Ellen Estes, children; Pamela Lynn Denny (Durwin), Lenford Earl Burrell Jr. (Marie), Dee Burrell Workman (Stanley), Dr. Carmen Nicole Burrell (Johnny), Dr. Teresa Lindsey Burrell (Buck), and Steven Wayne Burrell (Megan).  He is also survived by multiple grandchildren; Matthew Mills, Jonathan Burrell, Kara and Karli Workman, Alana and Faith Zeller, Bryson Burrell Cox, Coalson, Casetyn, and Cecilyn Burrell and two great-grandchildren, Bentley Nichols and Iris Mills. Services will be 11:00 A.M. Thursday, October 11, 2018 at Tankersley Funeral Home Chapel, Mullens with Rev. Tom Lusk officiating. Burial will follow in Blue Ridge Memorial Gardens, Beckley. Friends may call from 6:00 P.M. to 8:00 P.M. Wednesday, October 10, 2018 at Tankersley Funeral Home, Mullens and one hour prior to services Thursday at the funeral home. Family and friends will serve as pallbearers. Online condolences may be expressed to the family at www.tankersleyfh.com. The family of Lenford Burrell is being cared for by Tankersley Funeral Home, Mullens.

Lenford Earl Burrell, 75, of Bud passed away Sunday, October 7, 2018, at Princeton Community Hospital from respiratory failure. He was born in Micajah, West Virginia on February 23, 1943, the son of the late Paul and Helen Burrell. The first... View Obituary & Service Information

The family of Lenford Earl Burrell created this Life Tributes page to make it easy to share your memories.

Send flowers to the Burrell family.