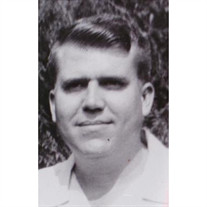 -My Obituary - By Joe Parsons Joseph Edward Mosier Parsons, 89, of Mullens, passed away at 7:39 p.m. on June 25, 2014 at Raleigh General Hospital. He was born at Talking Rock, GA., Nov 6, 1924, to the late Bill & Ollie (Herndon) Mosier; and he was their only child. He has lived most of his life in Mullens, since coming here from the Church of God Orphanage in Cleveland, Tenn. At the age of 4 and later being adopted by Irvin and Frances (Noel) Parsons, both deceased. Joe was a retired railroader, working for the Virginian & later the Norfolk & Western Railway Company, as a clerk, later retiring on June 30, 1988 with 44 yrs of service. Joe had been married twice, the first time to Betty (Dillon) Parsons; and the second time to Edna (Allen) Parsons, both died from cancer. Survivors include two daughters by his last marriage, Nancy Frances of Hurricane, WV. and Mary Ann (Tommy Joe) Cook of Mullens. A grandson, Christopher Cook of Gilbert, AZ. and his wife Kasey; a granddaughter, Marissa (Cook) Green of Mullens and her husband Eric. Christy Cook of Sophia, WV. Two great grandsons Jaxon Cook of Gilbert, AZ., Matthew Hawkins of Sophia, WV. and one great granddaughter Summer Green of Mullens. Joe was a member of the Mullens United Methodist Church, which he loved dearly, was a board member and sang in the choir. He loved good music and loved to sing. Joe has donated his organs & body to the WV school of Osteopathic MED. at Lewisburg, WV. He is a firm believer that the soul leaves the body after death and that the soul is the only thing eternal in God's sight; that the body goes back to dust, from whence it came. There will be a Memorial Service for Joe at the Mullens United Methodist Church on Wednesday, July 2nd at 6:00 p.m., with a small reception following the memorial service in celebration of Joe's life. Joe loved to eat and to tell Good jokes and stories. He said to tell his friends not to go back for "Thirds" at the reception; that he would be "Watching". Donations may be made in Joe's memory to the United Methodist Church in Mullens. Information submitted by Tankersley Funeral Home, Mullens.

The family of Joseph "Joe" Parsons created this Life Tributes page to make it easy to share your memories.

Send flowers to the Parsons family.