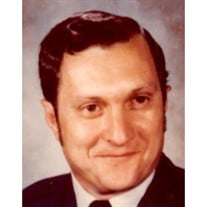 You've been there. You've escaped the sandy foundations of the valley and ascended his grand outcropping of granite. You've turned your back on the noise and sought his voice. You've stepped away from the masses and followed the Master as he led you up the winding path to the summit . . . (Unknown Author) John Richard "Toots" Wilcox, 83, ascended the summit on Friday, May 23, 2014 from his home in Mullens, WV. He was born on August 19, 1930 in Wyco, WV to John Manual Wilcox and Nona Lee Morefield Wilcox. Toots grew up in Wyco, WV and graduated from Mullens High School in 1949.   After high school, he attended Concord College and received a Bachelor of Arts degree in Business Education in 1956.  He continued his education at West Virginia University earning a Master of Arts in Educational Administration. He was a member of West Virginia University's Irvin Stewart Society. Toots served his country in three branches of the military. He was in the United States Marine Corp and fought in the Korean War, the United States Army, and the United States Air Force serving in the West Virginia Air National Guard 130th Airlift Wing, Charleston, WV from which he retired as a Lieutenant Colonel in 1985. Toots began working for Wyoming County Board of Education as a teacher at Herndon High School, Herndon, WV in 1956, where he also held the positions of Guidance Counselor, Basketball Coach, and Assistant Principal. After his tenure at Herndon High School, he worked at the Wyoming County Schools Central Office where he served as Transportation Director, Maintenance Director, and Associate Superintendent of Schools.   He retired from the Associate Superintendent position in 1989, after serving 33 years in Wyoming County Schools. For the past 32 years, Toots was happily married to Carolyn Louise McConihay. They married in 1981. He was very active in his community: serving on the Board of Directors of First Peoples Bank; owning and operating Mullens Dairy Queen for 57 years (current Vice President of Dairy Queen Northeastern Store Owners Association); and one of four founders of WPMW, C92 (now KISS FM) radio station in Mullens, WV. He also retained memberships in the American Legion, Masonic Lodge, Loyal Order of the Moose and the Veterans of Foreign Wars. Toots was preceded in death by his parents, John and Nona Wilcox; his brothers Cleo Shelton Wilcox, Ivan Merrell Wilcox, Billie Elbert Wilcox, and Alvin Mel "Bud" Wilcox. His only child, a daughter, Joni Wilcox McKinney also preceded him in death. Toots is survived by his spouse Carolyn "Lucy" Wilcox, of Mullens, WV; his brother, Ralph Maurice Wilcox and his wife Claudine, of Fredericksburg. VA; his sister, Joyce "Sis" Samoriga, of Beckley WV; sister-in-laws, Ellen Wilcox, of Berryville, VA and Carol Wilcox, of Mullens, WV; numerous nieces, great nieces, nephews, and great nephews who dearly loved their "Uncle Toots"; his Dairy Queen family; and a host of friends and colleagues. A memorial service will be 1:00 P.M. Tuesday, August 5, 2014 at Tankersley Funeral Home Chapel with Pastor Curtis England officiating and Eulogies by Tom Vance and Mitch Whitt. At his request, Toots was cremated and his cremains will be buried at Blue Ridge Memorial Gardens, Beckley following the service. Military graveside rites will be conducted by the West Virginia National Guard Honor Guard. Friends may call two hour prior to services Tuesday at the funeral home. Online condolences may be expressed to the family at www.tankersleyfh.com The family is being served by Tankersley Funeral Home in Mullens, WV.

You've been there. You've escaped the sandy foundations of the valley and ascended his grand outcropping of granite. You've turned your back on the noise and sought his voice. You've stepped away from the masses and followed the Master as he... View Obituary & Service Information

The family of John R. "Toots" Wilcox created this Life Tributes page to make it easy to share your memories.

Send flowers to the Wilcox family.