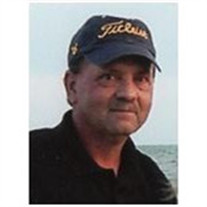 John Duane "Corky" Shumate, 62, of Mullens, died peacefully at his home Friday morning, September 24, 2010, following a long illness. Born May 21, 1948, in Beckley, West Virginia, he was the son of the late W.R. "Bob" Shumate and Jean Miller Shumate. Corky is survived by his high-school sweetheart, Dreama "Puggy", to whom he was married for 41 years; son Kelly Shumate and his wife, Rebecca of Crab Orchard and the precious grandson they blessed him with, Corey Payne; Casey Shumate Parr and her husband, Marty, and Paige Parr of Atlanta, GA; a brother, Robert "Rocky" Shumate of Mullens; a sister, Bodie Fulford and her husband, Bob, of Mullens and their son, Adam, of Surfside Beach, SC and Becky Moorefield of Crab Orchard; sister-in-law, Robin McNeely of Ghent, WV; Butch, Ashley, and Hope McNeely of Mullens; and Mother-in-law, "Sissy" McKinney of Mullens. Corky was a graduate of Mullens High School and Marshall University, having earned a Bachelor's degree in Business and Outdoor Recreation. Before settling in Mullens to raise a family, Corky taught and coached football at Webster Elementary/ Jr. High School in Webster, Florida, and was a manager for Woolworth in Lakeland and St. Petersburg, Florida. Upon his return to West Virginia, he was employed by U.S. Steel at Pinnacle, WV and was a member of the Mine Rescue Team while there. He was a disabled coal miner and a member of the U.M.W.A. Corky attended the Otsego Chapel. He enjoyed traveling with his family, listening to music, fishing, camping, and watching his favorite NBA and college football games. He was an avid golfer, playing when he could and following the PGA tour both in person and on TV. He developed many deep friendships and fellow golfers and their families, and watched with pride as his son forged a career in the game he loved so much. His true passion, though, was his family. He was a devoted husband, father, grandfather, and brother. Corky was truly a kind soul who endured years of illness without turning to bitterness or defeat. Instead, he used his wicked sense of humor and his quick wit to endear him to all those around him. He will be sorely missed. The family will receive visitors at 1 p.m. on Sunday, September 26, 2010 at Tankersley Funeral Home Chapel, Mullens. A brief memorial service will follow at 2 p.m. In lieu of flowers, the family is requesting donations be made to The First Tee of West Virginia, 198 George Street, Beckley, WV 25801.

The family of John Shumate created this Life Tributes page to make it easy to share your memories.

Send flowers to the Shumate family.