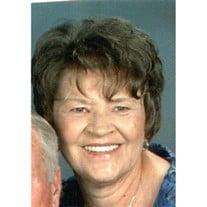 Janice Kareen Neely, 68, of Beckley, formerly of Mullens went to be with the Lord on Friday, June 19, 2015 in a Beckley hospital surrounded by her family following a long illness. Born September 15, 1946 at Princeton, she was the daughter of Betty Johnson Graham of Mullens and the late Charles William (C.W.) Graham, Jr. Janice was a homemaker. While living in Mullens she attended the Mullens Pentecostal Holiness Church and after moving to Beckley in 2001 she attended the Maple Fork Baptist Church. In her leisure she enjoyed flower gardening and spending time with her grandchildren. She was a loving wife, mother, and grandmother. Those left to cherish her memory include her loving and devoted husband of 52 years, Gary W. Neely of Beckley; two daughters, Angela Bowles and her husband, Toney of Oceana and Kelly Green and her husband, Mike of Daniels; one son, Scott Neely and his wife, Stephany of Daniels; her grandchildren were the love of her life and she was known as Nana to, Corey and Colin Bowles of Oceana, Sydney and Brady Green of Daniels, and Trevor Neely of Daniels; one sister, Rhonda Lusk and her husband, David of Beckley; one brother, Jimmie Graham and his wife, Patty of Beckley; sister-in-laws, Becky Lilly of Pipestem and Debbie Martin of Marie; special aunt, Patsy Bard of Columbus, OH; one uncle, Harold White of Beckley; and also several nieces and nephews. The family would like to give a special thanks to Raleigh County Commission on Aging and her personal caregivers, Shelly Farley and Misty Thomas for their care given to Janice. Services will be 8:00 P.M. Monday, June 22, 2015 at Tankersley Funeral Home Chapel, Mullens with Rev. Lewis Arnold officiating. Friends may call from 6:00 P.M. to 8:00 P.M. Monday at the funeral home. Graveside services and burial will be 11:00 A.M. Tuesday, June 23, 2015 at Roselawn Memorial Gardens, Princeton. Those wishing to attend the graveside service are asked to meet at the cemetery. Pallbearers will be Toney Bowles, Corey Bowles, Colin Bowles, Mike Green, Brady Green, Phil Halsey, David Boothe, and Rick Shutt. Online condolences may be expressed to the family at www.tankersleyfh.com The family of Janice Neely is being cared for by Tankersley Funeral Home, Mullens.

Janice Kareen Neely, 68, of Beckley, formerly of Mullens went to be with the Lord on Friday, June 19, 2015 in a Beckley hospital surrounded by her family following a long illness. Born September 15, 1946 at Princeton, she was the daughter of... View Obituary & Service Information

The family of Janice K. Neely created this Life Tributes page to make it easy to share your memories.

Send flowers to the Neely family.