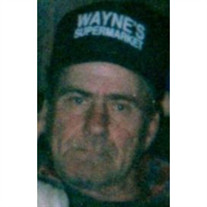 James Everette "Jim" Mills, 72, of Stephenson died Sunday, September 2, 2012 in a Beckley hospital following a short illness. Born February 8, 1940 at Barkers Ridge, he was the son of the late Henry Allen Mills and Loma (Logsdon) Mills. In addition to his parents, he was preceded in death by a step-daughter, Pam McLunghorn; one half-brother, Hobert England, Jr.; and one half-sister, Grace Mills. Those left to cherish his memory include, one sister, Alberta McKinney of Stephenson; two brothers, Thomas Mills and his wife, Vada, and Denny Mills and his wife, Sandy, both of Stephenson; one half-brother, Clarence England of Gainsville, FL; special children who were like his own, Roger and Brookie Wrenn, Gavin Hubnor, and Jayden McKinney; and numerous nieces and nephews. Services will be 1:00 P.M. Thursday, September 6, 2012 at the Tankersley Funeral Home Chapel, Mullens. Burial will follow in the George Shrewsbury Cemetery, Barkers Ridge with Rev. Marvin Mills and Rev. William O. Tolliver officiating. Friends may call from 6:00 to 8:00 P.M. Wednesday at the funeral home. Family and friends will serve as pallbearers.

The family of James E. Mills created this Life Tributes page to make it easy to share your memories.

Send flowers to the Mills family.