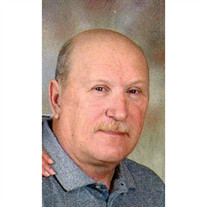 Glenn Stevens, 63, of Holly Hills passed away on April 30, 2014 at the University of Virginia, Charlottesville following a long illness. Born October 31, 1950 in Mallory, WV he was the son of the late Junior and Frankie Stevens. Glenn was a 1970 graduate of Mullens High School where he was a member of the 1970 WV State Basketball AA Championship Team and was a 1993 inductee of the Mullens Athletic Hall of Fame. He was a disabled coal miner last working for Maben Energy, a member of UMWA, and Local Union 5770. He attended Bolt Church of God for the last 30 years where he taught the Adult Sunday School Class and was the founder- director of the church food program. In addition to his parents he was preceded in death by his father-in-law and mother-in-law, Boyd and Louise McLean; one brother, Malcolm Stevens Those left to cherish his memory include his wife of 43 years, Mary McLean Stevens; one son, Keith G. Stevens and his wife, Melanie of Crab Orchard; Proud Poppaw to Haiden, Jordan, and Landen; three brothers, Charles Stevens and his wife, Linda, David Stevens and his wife, Debbie, and Robert Stevens and his wife, Meredith; one sister, Joyce Allen and her husband, Eddie; three sisters-in-law, Connie Stevens, Joyce Salters and her husband, Johnny, and Janet Hatfield and her husband, Russell; and one brother-in-law, Robert McLean and his wife, Maggie. Services will be 1:00 P.M. Saturday, May 3, 2014 at the Itmann Methodist Church with Rev. Carl Sellards and Rev. Randall Pugh officiating. Burial will follow in Palm Memorial Gardens, Matheny. Friends may call from 6:00 P.M. to 8:00 P.M. Friday, May 2, 2014 at Tankersley Funeral Home and one hour prior to services Saturday at the church. Pallbearers will be Johnny Salters, Russell Hatfield, Randy Salters, Wesley Hatfield, Jason Hatfield, and Tommy Craft. Honorary Pallbearers will be Lewis Clay and Buddy Smith. In lieu of flowers donations of sympathy may be made to Bolt Church of God Food Bank or a Food Bank of your choice. Online condolences may be expressed to the family at www.tankersleyfh.com The family of Glenn Stevens is being cared for by Tankersley Funeral Home, Mullens.

Glenn Stevens, 63, of Holly Hills passed away on April 30, 2014 at the University of Virginia, Charlottesville following a long illness. Born October 31, 1950 in Mallory, WV he was the son of the late Junior and Frankie Stevens. Glenn was... View Obituary & Service Information

The family of Glenn Stevens created this Life Tributes page to make it easy to share your memories.

Send flowers to the Stevens family.