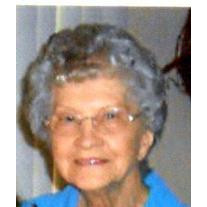 Mrs. Evelyn Rae (Burcham) Edwards, 80, of Mullens peacefully entered the Kingdom of Heaven surrounded by her children and loved ones on Saturday, November 24, 2012. Born January 15, 1932 in Mullens, she was the daughter of the late H.S. and Mary (Hash) Burcham. Evelyn was a lifelong resident of Mullens. She was a born again Christian and a member of the Highland Avenue Baptist Church where she was a member of the Chandler Circle and the American Baptist Women. She taught Sunday School and many different age groups for many years and was a member of the Choir. She was a member of the Order of Eastern Star Chapter #100 where she held many offices, including past Worthy Matron. Evelyn was an avid bowler and a member of the seniors bowling leagues at both Accu Lanes and Leisure Lanes where she placed 5th in the Nation in the Senior Women's International Bowling Championship in Buffalo, NY in 1994. In addition to her parents, she was preceded in death by the love of her life, Charles J. Edwards, Sr. in 1991; five brothers; and two infant sisters. Those left to cherish her memory include her two sons, Charles Edwards, Jr. and his wife, Nancy, and John Edwards and his wife, Marsha, all of Mullens; her daughter, Cathy Wilcox and her husband, Randy, of Mullens; twelve grandchildren, Charles III, Staci, Max, David, Leslie, Stephen, Anna, Andy, Adam, Chad, Mandy, and Matthew; eleven great grandchildren, Lindsey, Caleb, Joel, Jay, Presli, Kynsli, Aidan, Noah, Audrey, Jacob, and Levi; and a host of special nieces and nephews. Services will be 1:00 P.M. Wednesday, November 28, 2012 at the Highland Avenue Baptist Church with David Pollock, Pastor Vernon Sears, and Rev. Warren Gilpin officiating. Burial will follow in Rest Haven Memorial Park, Princeton. Friends may call from 11:00 A.M. Wednesday until time of services at the church. Order of the Eastern Star Mullens Chapter 100 will conduct Eastern Star rites at 12:30 P.M. Wednesday at the church. Pallbearers will be Charlie Edwards, III, David Edwards, Stephen Edwards, Andrew Johnston, Adam Johnston, and Matthew Wilcox. The Family of Evelyn Edwards is being cared for by the Tankersley Funeral Home, Mullens.

Mrs. Evelyn Rae (Burcham) Edwards, 80, of Mullens peacefully entered the Kingdom of Heaven surrounded by her children and loved ones on Saturday, November 24, 2012. Born January 15, 1932 in Mullens, she was the daughter of the late H.S. and... View Obituary & Service Information

The family of Evelyn R. Edwards created this Life Tributes page to make it easy to share your memories.

Send flowers to the Edwards family.