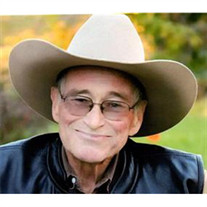 Delmer Mason Shrewsbury, 64, of Barkers Ridge, was reunited with his Mom and Dad on Tuesday, November 24, 2015 at Bowers Hospice House, Beckley following a courageous battle with pancreatic cancer, which he won. Born August 9, 1951 at Barkers Ridge, he was the11th child of 14 born to the late Oscar N. and Rivanna V. (Shrewsbury) Shrewsbury. Delmer had lived most of his life on the family farm at Barkers Ridge except for a short period where he resided in Greenbrier County and Richmond, Virginia. He was a 1969 graduate of Mullens High School, he was a heavy equipment mechanic and most recently Delmer was a Self -Employed Salesman of Tools, Safety, Abrasive, and Welding Equipment. He proudly served our country as a U.S. Army Veteran for six years having served a tour of duty in Germany and Korea. In his leisure he enjoyed spending time with family and friends on the family farm, had a special love for the outdoors, especially when he was spending time with his horses, Angel, Rowdy, Walker, and Windy Sue and his canine companion, Freckles. In addition to his parents he is also preceded in death by his paternal grandparents, George and Delilah Shrewsbury; maternal grandparents, Levi and Bessie Shrewsbury; and four brothers, Bradley, Bradford, Steven, and Dewey Shrewsbury. Those left to cherish his memory include four sisters, Tessie Cook and her husband, Jack and Janet McKinney both of Barkers Ridge, Judith Belcher and her husband, Calvin of Welch, and Reta Belcher and her husband, Joe of Candler, NC; five brothers, Sidney Shrewsbury and his wife, Beverly of Glen Daniel, Roger Shrewsbury of Cool Ridge, Truman Shrewsbury of Frankford, Larry Shrewsbury and his wife, Kathy of Barkers Ridge, and Oscar Shrewsbury, Jr. and his wife, Denise of Shenandoah Junction; a host of nieces and nephews; a special sister, Leandra Justus of Anstead; and special friends, Shane and Angie Lawson and family of Sophia, Johnny Boyles and Tom Lail both of Virginia. A celebration of Delmer's life will be 2:00 P.M., Saturday, November 28, 2015 at the Amigo Missionary Baptist Church, Amigo with Pastor Norman Mills and Rev. Mickey Mitchell officiating. Immediately following the service there will be a time of fellowship with family and friends in the church Fellowship Hall. In keeping with Delmer's wishes, his body will be cremated and burial of cremains will be held at a later date at the George W. Shrewsbury Cemetery, Barkers Ridge. When we pause to remember Delmer, we shall always remember his love for life, his kind and gentle spirit, his smile, and especially his positive attitude during his illness. He was always eager to help others in their time of need especially on four occasions when he took his horses to Myrtle Beach to raise money for the American Heart Association. In lieu of flowers, the family requests donations of sympathy be made to the Bowers Hospice House, 454 Cranberry Drive, Beckley, WV 25801. Online condolences may be expressed to the family at www.tankersleyfh.com The family of Delmer Shrewsbury is being cared for by Tankersley Funeral Home, Mullens.

Delmer Mason Shrewsbury, 64, of Barkers Ridge, was reunited with his Mom and Dad on Tuesday, November 24, 2015 at Bowers Hospice House, Beckley following a courageous battle with pancreatic cancer, which he won. Born August 9, 1951 at Barkers... View Obituary & Service Information

The family of Delmer M. Shrewsbury created this Life Tributes page to make it easy to share your memories.

Delmer Mason Shrewsbury, 64, of Barkers Ridge, was reunited with...