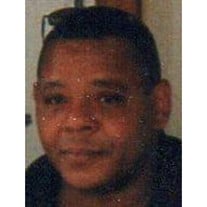 Chester Matthew Hayes, 48, of Beckley formerly of Mullens passed away on Saturday, July 12, 2014 with his beloved wife, Angie by his side. Born December 18, 1965 at Beckley he was the son of Barbara (Miller) Hayes of Pineville and the late Richard R. Hayes. Chester had been a resident of Beckley for the past five years, was a self-employed carpenter, and was a graduate of Mullens High School where he excelled in football. In his leisure he enjoyed spending time with family and friends. In addition to his father he is also preceded in death by a son, Tyler; and one brother, Richard Hayes. Those left to cherish his memory include his wife, Angela Michelle Hall Hayes of Beckley; five sons, Joseph Hayes of Pineville, Justin Walker of New York, Jordan Hayes of Beckley, Jaquan Isom of Beckley, and Logan Kitts of South Carolina; his mother, Barbara (Miller) Hayes of Pineville; five brothers, Keith Hayes and Kenneth Hayes both of Pineville, Clifford Hayes of Washington, DC, Larry Miller of Wyco, and Ceaser Hayes of Oak Hill; three sisters, Eugenia Brown and Pynia Greer both of Beckley, and Mary Hayes of Pineville; and a host of nieces and nephews. Services will be 12 Noon, Friday, July 18, 2014 at Tankersley Funeral Home Chapel with Pastor Debra Smoot officiating. Friends may call one hour prior to services Friday at the funeral home. In keeping with Chester's wishes, cremation will follow the services. For those considering an expression of sympathy, the family requests contributions be made to help defray unexpected funeral expenses to Tankersley Funeral Home, 102 Moran Avenue Mullens, WV 25882. Online condolences may be expressed to the family at www.tankersleyfh.com The family of Chester Hayes is being cared for by Tankersley Funeral Home, Mullens.

Chester Matthew Hayes, 48, of Beckley formerly of Mullens passed away on Saturday, July 12, 2014 with his beloved wife, Angie by his side. Born December 18, 1965 at Beckley he was the son of Barbara (Miller) Hayes of Pineville and the late... View Obituary & Service Information

The family of Chester M. Hayes created this Life Tributes page to make it easy to share your memories.

Send flowers to the Hayes family.