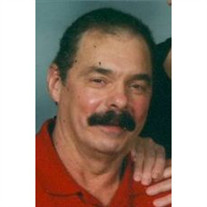 Benny Ray Willingham, 61, of Corinne, went to be with the Lord on Monday, April 5, 2010 following a tragic mining accident. Born May 14, 1948 at Pikeville, KY, he was the son of the late Cleve Willingham and Cleo Mullins Roach of Mullens and the late Ray Roach. Benny was a 1966 graduate of Mullens High School. He was a veteran of the US Air Force, having served his country during the Vietnam Era. He was a coal miner with 30 plus years of service and a member of UMWA. Benny was a faithful member and deacon of the Mullens Family Worship Center. He was a loving husband, father, grandfather, and a devoted brother in Christ. Benny's first priority was serving the Lord. He loved his family and enjoyed nothing more than watching his grandchildren play sports. He loved to bowl and was an avid weight lifter. In addition to his father and stepfather, he was also preceded in death by a brother, Paul Willingham; and a sister, Ruth Willingham. Those left to cherish his memory include his wife, Edith Mae (Edie Mae) Prillaman Willingham; his mother, Cleo Roach of Mullens; one daughter, Michelle McKinney and her husband, Danny, of Corinne; two sons, Jody Canada and his wife, Tammy, of Bud and Patrick Canada of Mullens; the loves of his life, six precious grandbabies, Tiffany Michelle Ellis, Kyle Benjamin Ellis, Travis Daniel McKinney, Jodi Chantel Canada, Austin Reid Canada, and McQuade Lee Canada; two sisters, Jeannie Sanger and her husband, Bobby, of Beckley and Judy Walls and her husband, Jack, of Stephenson; and four brothers, James Willingham and his wife, Ann, of Flint, Michigan, Jerry Willingham and his wife, Brenda, of Beckley, Joe Willingham and his wife, Elizabeth, of Johnson City, TN, and Danny Sloane and his wife, Donna, of Lashmeet. He also has numerous nieces and nephews and was surrounded by many friends. Services will be 11:00 a.m. Friday, April 9, 2010 at the Mullens Pentecostal Holiness Church with Rev. Gary Pollard officiating. Burial will follow at Roselawn Memorial Gardens, Princeton. Friends may call from 6:00-9:00 p.m. Thursday, April 8, 2010 at the Mullens Pentecostal Holiness Church and one hour prior to services Friday at the church. Pallbearers will be Lonnie Prillaman, Nick Prillaman, James Miller, Tad Woody, Tim Woody, Butch Clark, and Jamie Clark. Military graveside rites will be conducted by the Mercer County Veterans Council. Donations of sympathy may be made to the Mullens Family Worship Center, 812 Maple Avenue, Mullens, WV, 25882.

Benny Ray Willingham, 61, of Corinne, went to be with the Lord on Monday, April 5, 2010 following a tragic mining accident. Born May 14, 1948 at Pikeville, KY, he was the son of the late Cleve Willingham and Cleo Mullins Roach of Mullens and... View Obituary & Service Information

The family of Benny Ray Willingham created this Life Tributes page to make it easy to share your memories.

Benny Ray Willingham, 61, of Corinne, went to be with the Lord...

Send flowers to the Willingham family.